It’s good to see the idea of custom-made sounds has got a response. I’ve gathered a humble number of requests so far, and this one comes from a reader. She asked me to go to a place she’s been to once.

I’d really love recording there, many thanks for the suggestion. 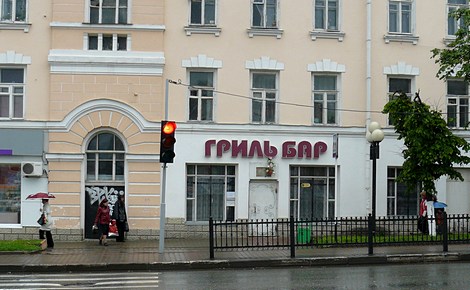 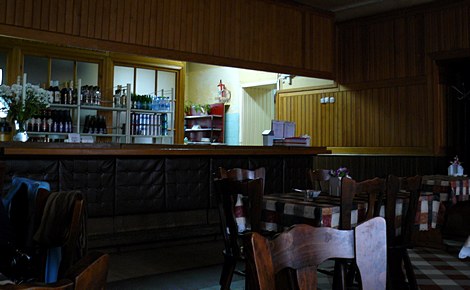 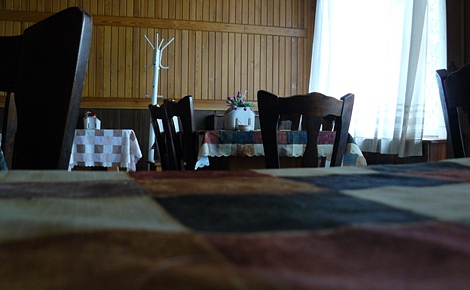 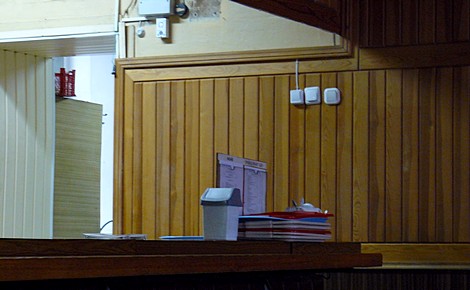 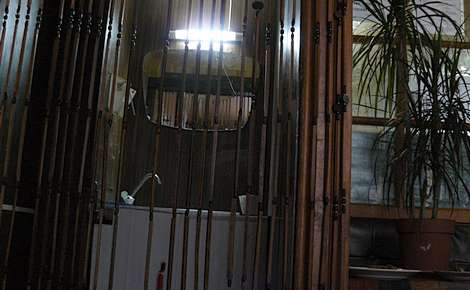 It’s not a greasy spoon – it’s a museum in its own right. This is Grill Bar, one of the few remaining cafes in Sergiyev Posad preserving the USSR spirit no matter what has happened outside. And inside it’s all the same as in… say 1985 – same chicken-based menu, same design, same drinks and it seems to be the same ladies at the counter serving customers. There are no waitresses. And this is no trendy imitation, it’s rough, naive and real. I got there one rainy evening and the only customers there were the two men each looking like a cross between a monk and a biker. They left rather soon, that’s why the recording sounds that empty. Instead, I was lucky to hear the women, playing some unidentified numbers game at the kitchen, shouting out loud in case of winning. Background radio and traffic noise are also heard.

Despite being located at the very town centre, Grill Bar is neglected by the tourists. My guess is that the travel agencies consider this an improper place or whatsoever to bring people from abroad in when there’s a posh restaurant located in a converted concert hall around the corner. What a huge mistake! Grill Bar isn’t the most romantic place on Earth but it’s worth a visit if you are here to sense the true way of everyday living and the town’s elusive history.