Each year on this day they celebrate what has triggered a loss of the country to ones and a start of a new era to the others. The event is the 1917 Communist coup or revolution — there is no single opinion on that still — that brings them together, mostly the elderly ones, carrying flowers and slogans just as they did through decades. Deprived of Christ in what turned out to be a god-less state overnight, they were given a new cult 92 years ago. It took a form of sound on that wet and rainy morning as the few women in their 70’s I think sang along L’Internationale, the left-wing anthem. Standing among them I got the same unavoidable feeling as if standing in a church choir. Later on this recording – an old man asking how the factory (where he has worked obviously) is doing. There’s no factory now, someone replies about the largely defunct plant, closed down as modern Russia took a new direction again. Have a listen for yourself. 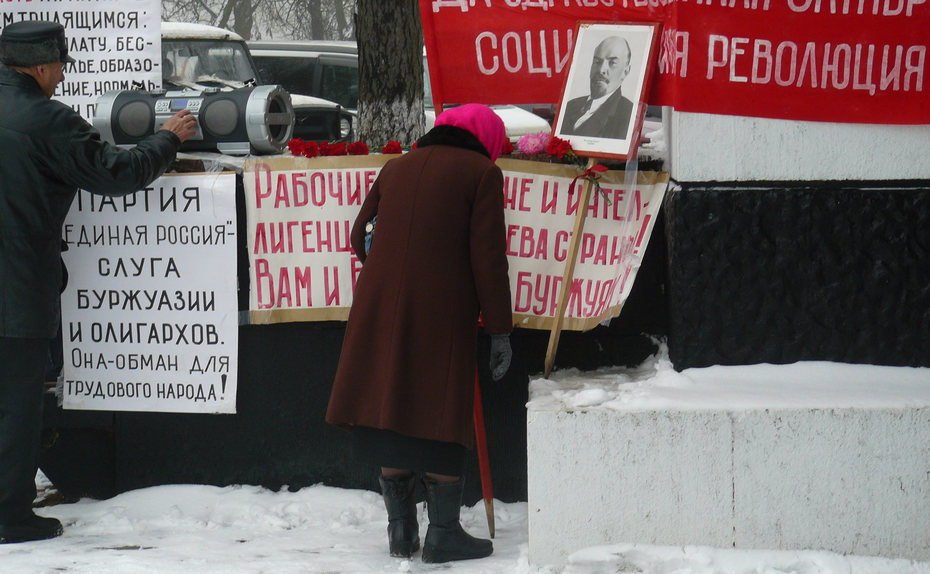