When in Russia, you are sure to spot these giant mosaics on building walls – animals and birds, objects, emblems and slogans masoned with bricks.

The locals don’t pay much attention to it these days. People got used to them, these mosaics are the heritage of the past that slowly becomes a part of the modern urban environment. But each one had its meaning once – a commemorative date, the year when the building was completed, or a propaganda call.

A house made of bricks will last for a hundred years or more, so those pictures will last just the same – looking down, calling upon, reminding of the past, immured and hardwired. The most important messages of its era, directed at a suburban dweller. Tattoos that can’t be removed. The 20th century rock painting – unexplored and non-attributed. 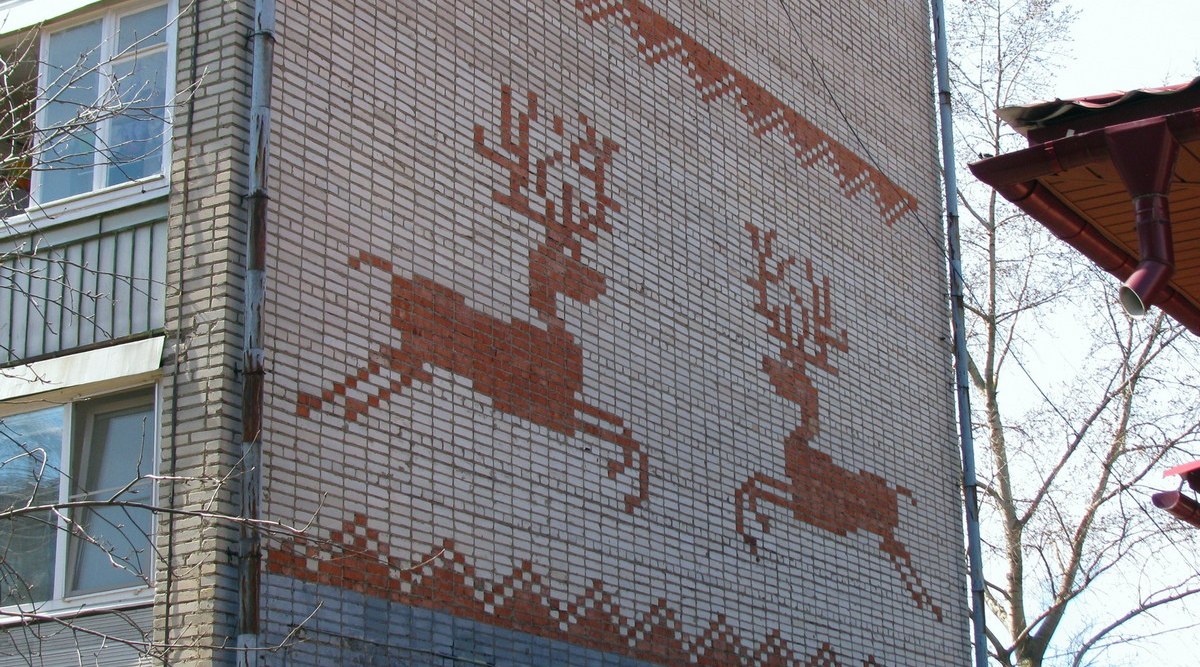 The slogans made with bricks line by line, as if by the TV scanning beam, reflecting the major events of its time.

Initially, the construction workers had an idea to lay out the following message – 60 лет (that is 60 years in Russian) to mark the 1917 Revolution 60th anniversary in 1977. But the number 6 confusingly looks like the Russian letter Б here, and it reads now as Б0 лет, which is visually very similar to the word ballet in Russian.

It is almost impossible to imagine such a picture being made today. And it’s not just because brick pics are out of fashion these days. There’s another reason for that – the alcohol related images are expelled from the public spaces.

For many this is just a bird, but for the others it brings back special memories – the very first Bob Dylan live show in the USSR.

Back to the audio