You wouldn’t normally expect to see The Moscow’s Kremlin guard of honor in places like Sergiyev Posad, especially in a forest park but things have changed on May 9th.

This is the day when people in Russia celebrate the end of the World War II, a day later after the Europe’s VE Day. It was a small park away from the town centre where it all happened – the guards came at the invitation of the local army veterans association to perform a ceremonial set of tricks with short rifles.

It all looked like a real parade in the woods and the locals were defenitely pleased. You can here this carabines clicks as well as the thuds of the jackboots as the guards were marching away. 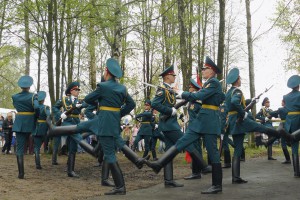 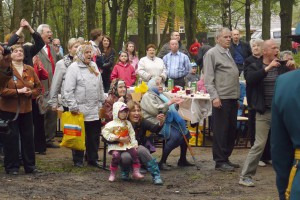