Далее / NextThe first ever Russian FR community
Some other placesUpdatesEvents

(This post is from 2010. In December of 2018 many cam that were featured here are no longer active)

Webcams are nothing new to the internet, they are extremely handy if you are missing your latest holiday destination or homesick or just curious. But there is one particular quality that remains largely neglected over the years – the sound of it.

Finding an outdoor webcam with live audio stream is not an easy task. There are a few of them though – but not many. I wish there were more with better audio and here’s a good reason for that – the World Football Cup. 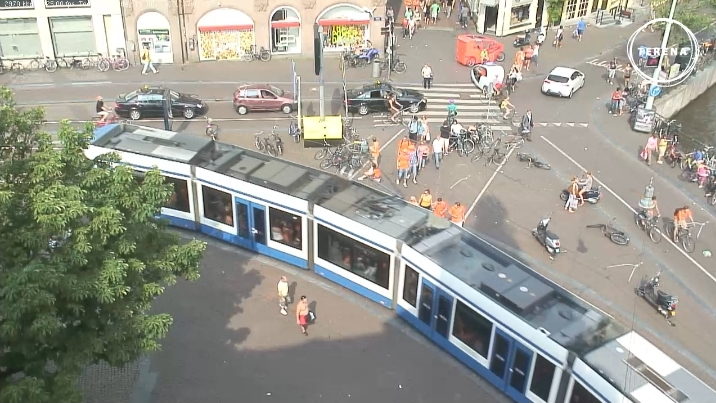 Apart from being an introduction to the updated links section at www.oontz.ru, this is the illustration of how technology, sound and global events blend together. There is a link to the Amsterdam cam – home of the second best football team in the world as you already know (the football fever is as pushy as the vuvuzelas sound, you can’t miss the news even if you’d like to).

Watching the final game and listening to the live stream at the same time is a thrilling experience even for a non-fan. But first let’s press the imaginary rewind button and hear what was happening a few hours prior to the game.

Hear the yelling, the trams and the vuvuzelas. A game is to begin soon and if the only knew…


Footbal fans in Russia utilize the same rhythmic pattern to cheer themselves up known as “Spaar-tak-cham-pea-on” chant:


As the game begins the streets get empty but the silence was broken by a company of men singing… They did sing, eh?


And this is what Amsterdam sounded like on the night after the game as the Dutch team lost 1-0 in extra time to Spain:


Or even this (hopefully nothing serious):


So let me point out to the wonderful phenomenon of live audio travel cams. It is way beyond the pre-recorded sound in terms of ‘being there’ effect – think of it as canned vs. fresh – an unconventional way for some sound hunters to get inspired too.

Go to the link section to find more live sounds from Germany, Estonia and Scotland. It you know any interesting scenic audio webcam anywhere in the world I would be happy to hear from you.

Sounds/Images courtesy of Terena Association and the good people of Amsterdam.