Making a sound map in Lithuania

Last year oontz.ru went to Lithuania to join the team of enthusiasts working on the first sound map of Visaginas — the first map of a kind in this country. The result not only sounds good, but it also looks very well, watch the video and click the link: vsgsounds.lt:

We got there at the invitation of the Visaginas cultural centre to share our experience — if there’s any — on recording everyday sounds, arranging the material, and making a map out if it. We have been working together with urbanists and journalists and — which is really important – with the local people. The week ended with a series of audiowalks as the first sounds of an emerging audio map have been collected.

What is the point of it? The town’s history gives a good perspective.

It has been planned in the 1970’s to provide a good standard of living for the Ignalina nuclear power plant employees. The Russian language was the universal communication tool for the construction workers, engineers, teachers and for many more who came there from all over the former Soviet Union.

Those early settlers have been working and having a good time off work, dancing, sunbathing on the lakes shores, playing rock music, sailing, setting up homes, walking about the lanes designed by the top architects of the time. The town itself is really very well thought out, and its tower-blocks aren’t haunting despite its age.

This idyllic way of life has turned into disillusion when Lithuania stopped its nuclear power plant, and a lot of people in the town have lost their jobs, that’s the weak link of so many one-company towns. Today Visaginas is on its way to recovery, and some of those who once left – including the younger generation – are even on their way back home.

This sound map is supposed to be yet another tool for recreating the town’s environment, a therapy for nobody in person but for all as a community.

It’s a good idea to think about Visaginas as a town surrounded by pines and lakes, that enjoys the fresh air and warm rains. It was build literary among the woods, and those woods are largely preserved. The wild nature is sensed even within the town borders, and it’s easy to imagine that it wasn’t really a cat who put her paw-print onto a tarmac path, but a wolf, or lynx, or a hare.

Also, this is the only place in Lithuania with a Russian-speaking majority, but it is not uncommon to hear people speaking Polish, Belarussian or Ukrainian. There are Russian movies shown at the local cinema, bands from Russia play at the town’s major festivals, Latvia’s Daugavpils is right across the border, and a local brewery hosts gigs where you can easily hear a variety of languages.

An educated town with brief but well-established cultural traditions is trying to regain its identity, so the more important is that a team of Visaginas enthusiasts suggested a sound map as a way to do it. It was a pleasure to be a part of this effort.

Let’s go back to the Visaginas summer to listen to the dragon boats on the shore of a beautiful lake on a hot day. They call them dragon boats for the Asian masks they put on front. 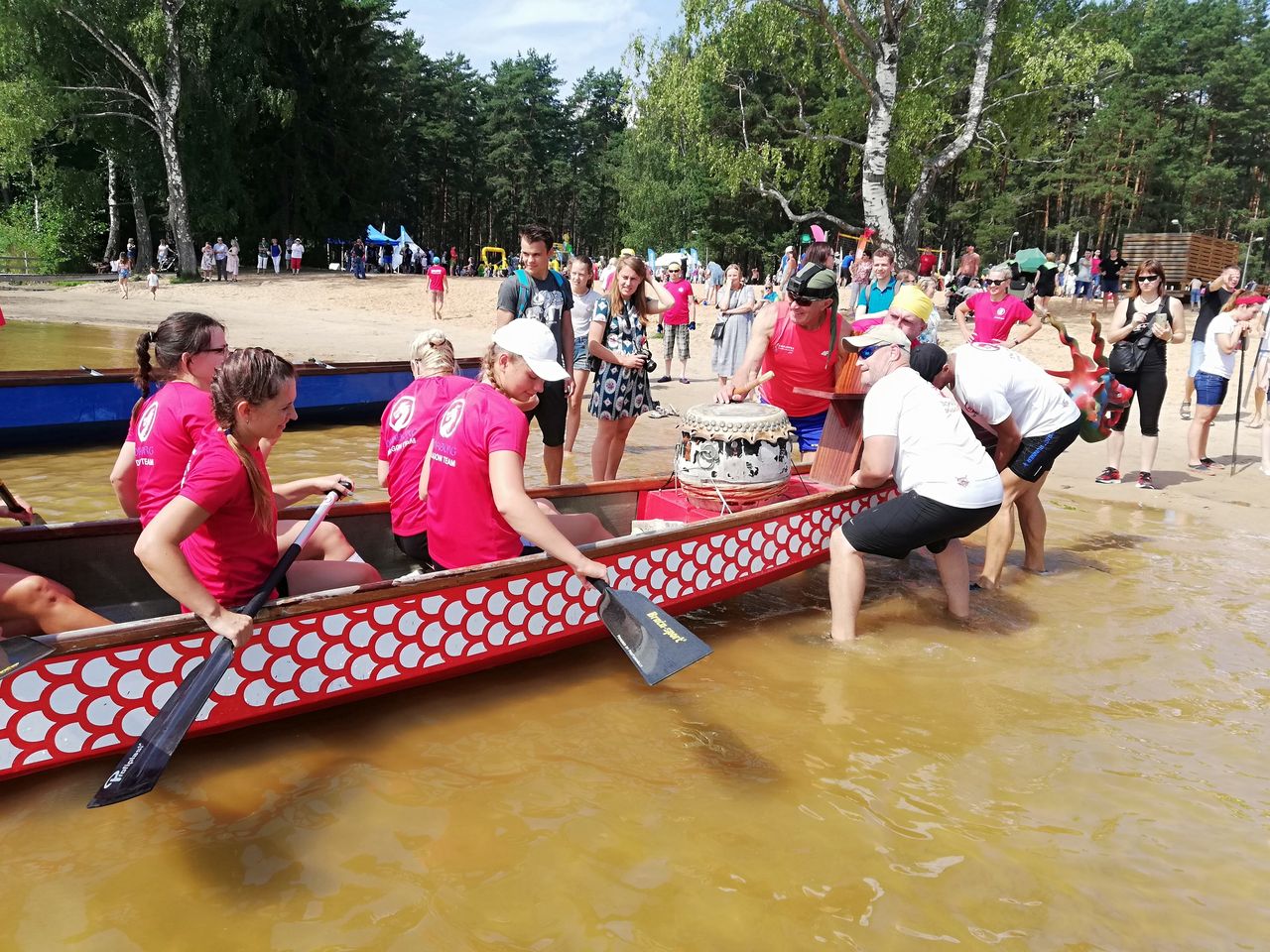 There is a notable Polish community in Visaginas. Early Sunday morning there’s a service in the catholic church. The main language is Polish but there are Russian pieces as well. 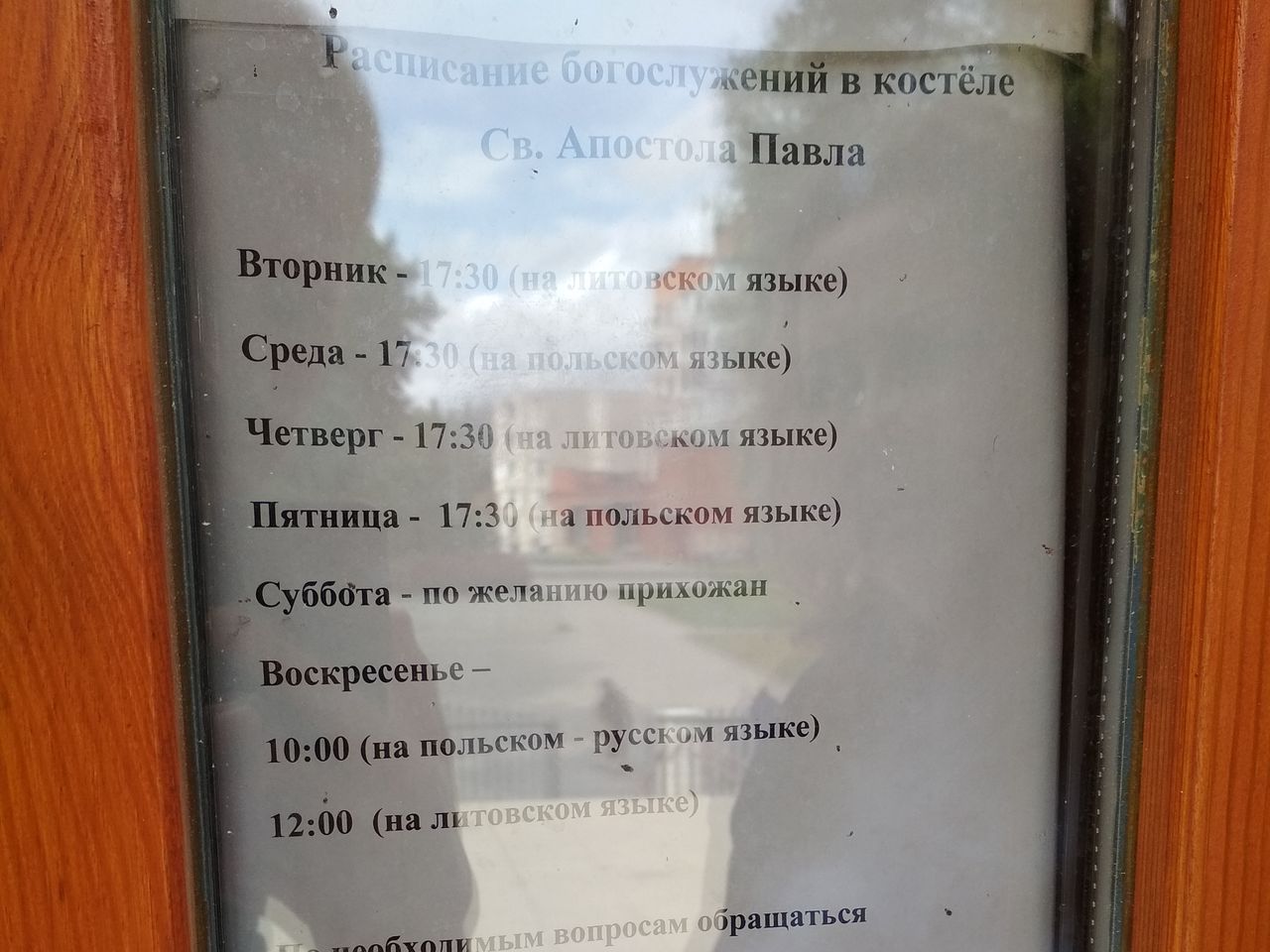 Most people of Visaginas live in tower block. That was the idea from the beginning, and this is how it went along the years. There is no private housing as we know it, and we were told that a lot of residents do enjoy the comfort of their renovated flats. The building aren’t shabby, such a kind of architecture would look well as long as there’s someone to care about it. No doubt, some will definitely find something to rant about on social media, but generally speaking these old Soviet-built blocks are well kept.

Alarm speakers are still present on some walls there. When the power plant was active, these speakers were intended to produce a loud signal in case of emergency. 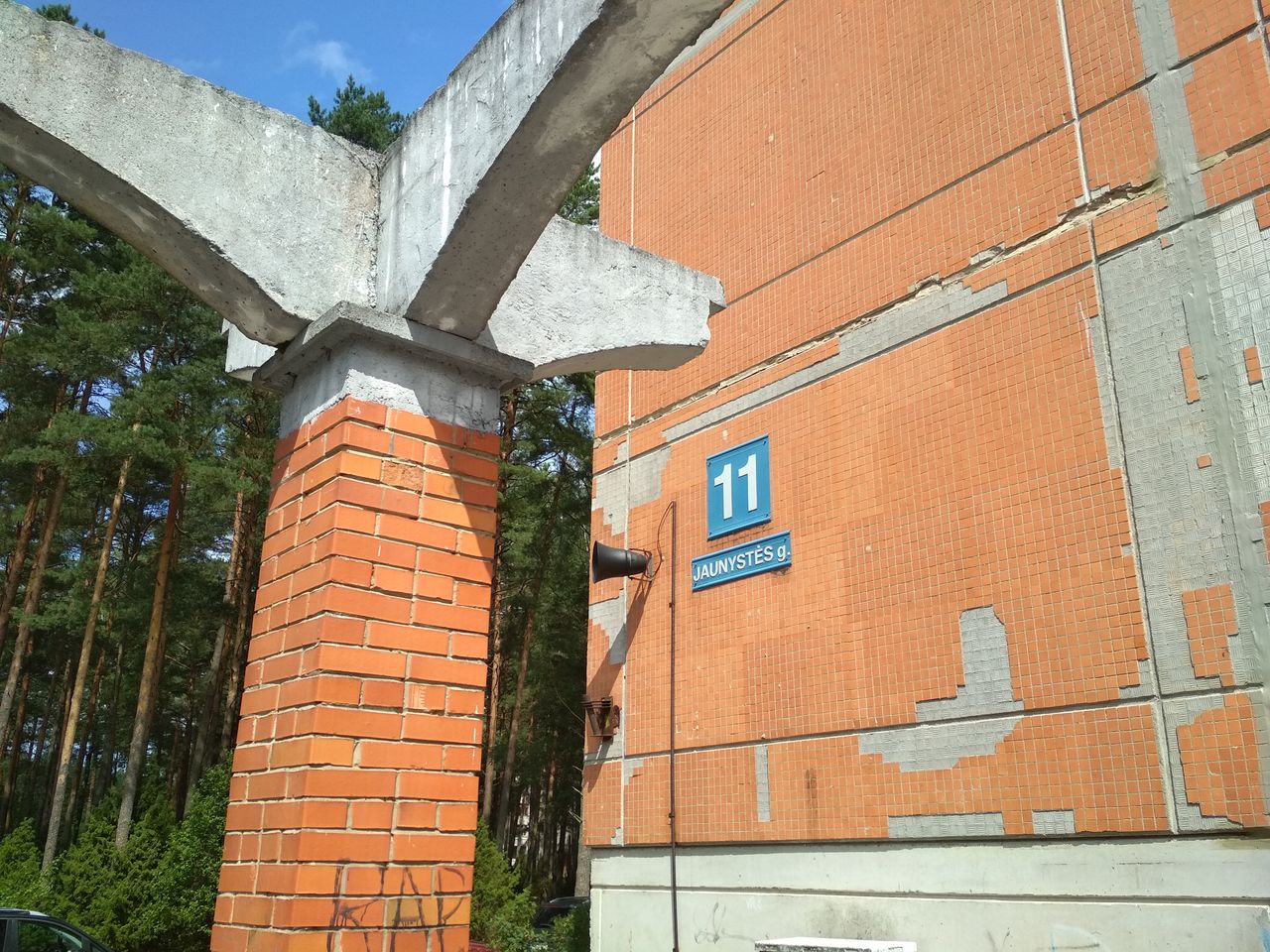 As you leave the town, a rural quarter of small DIY country homes appear. 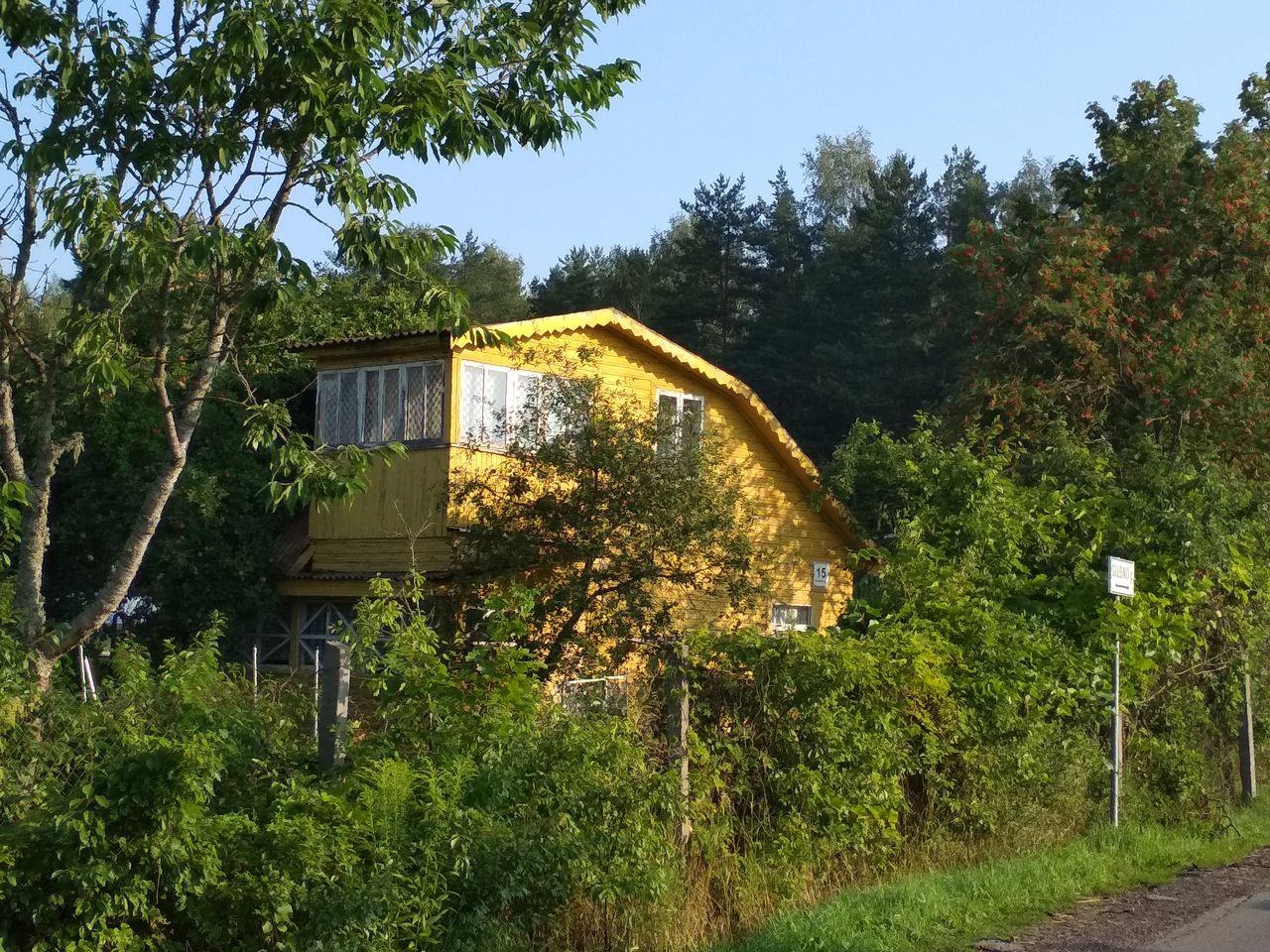 The day begins early in Visaginas – at about 6 am the local market gets back to life. The stalls’ owners pouring off water accumulated on the tents’ roof during the night and put together metal frames for the new ones.

Nearly at the same time there’s a music pouring off the window of the local sports centre. This is a bright yet sleepy morning, with birds singing in the sunshine. No wonder if someone in the room is still dreaming. 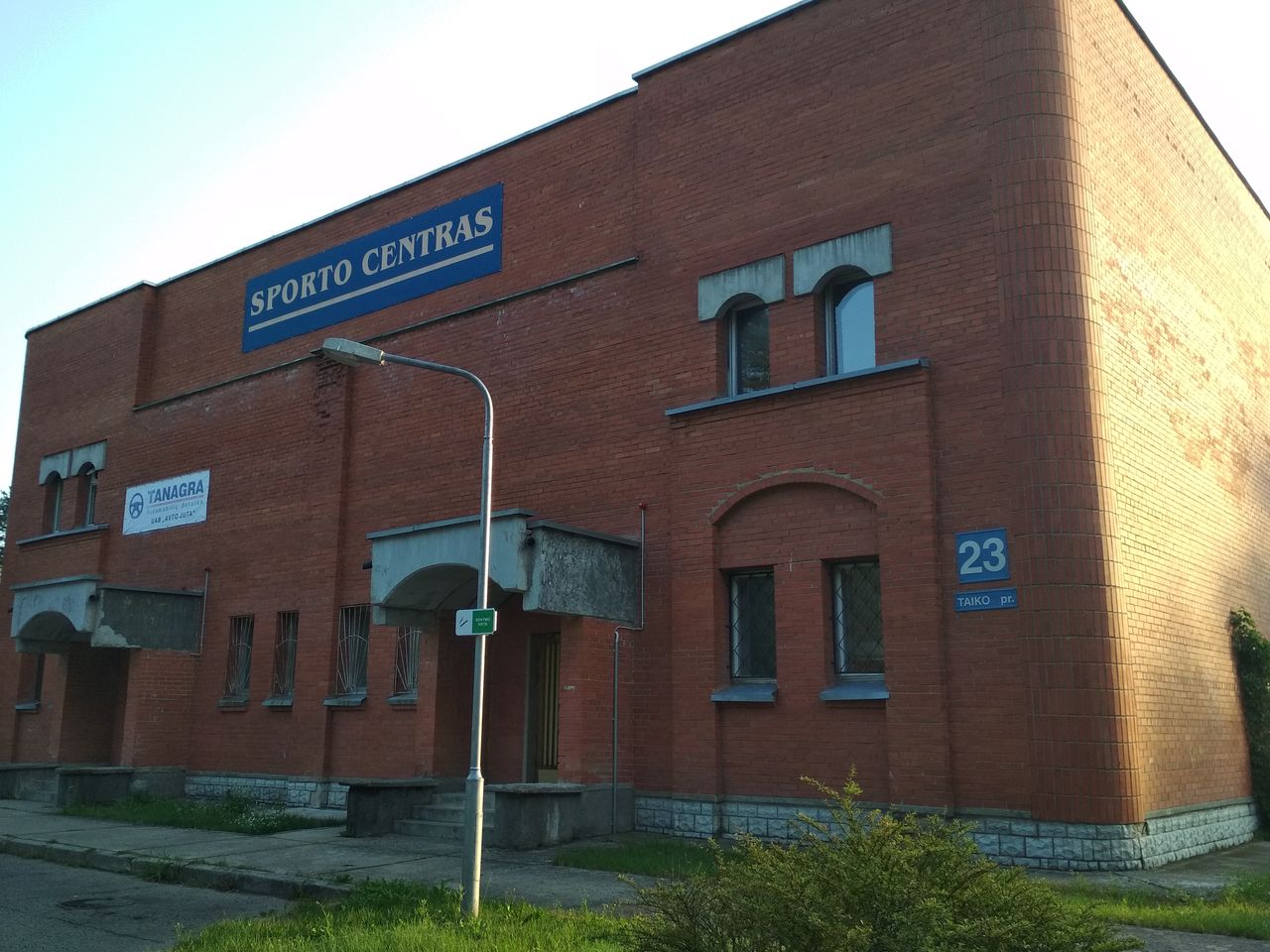 Later in the day we met a few Sri Lankan girls. It seems they have become a part of local life, working at the knitting factory, walking in groups but rarely communicating to other people. We happen to get them talking, or rather singing, as music has helped us to establish the contact.

As we are approaching the end of the day, a skate park near the cultural centre is getting louder. 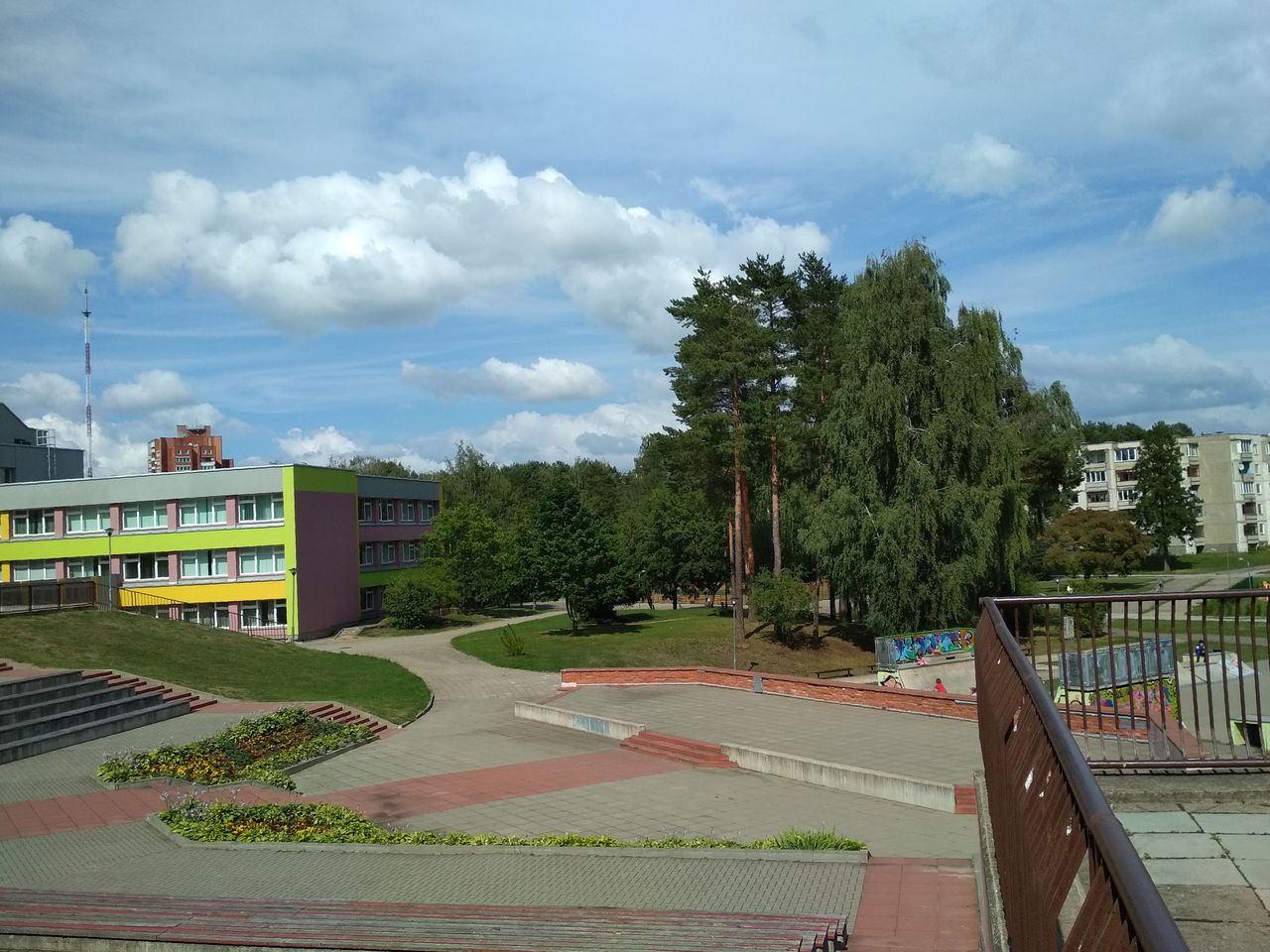 The day ends with the grasshoppers rattlings and distant sounds of cover bands performing at the other end of the town. 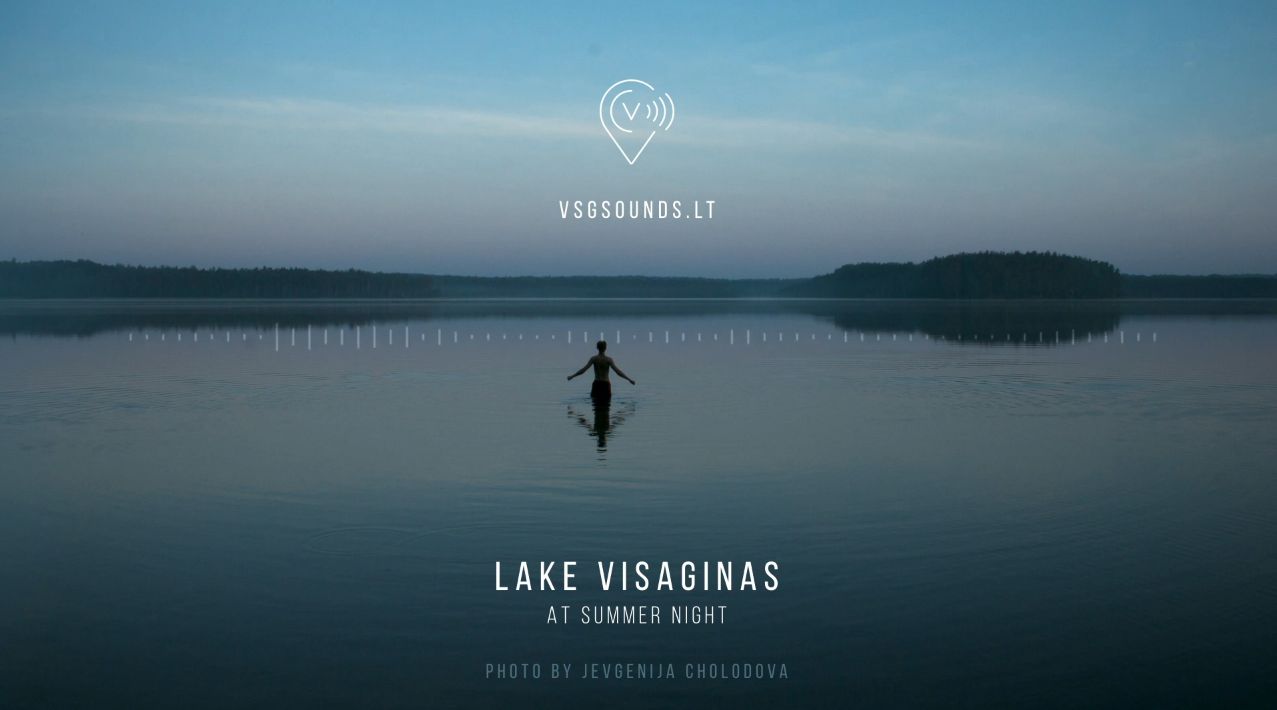 Photo by Yevgeniya, recorded by Daniil and Yevgeniya 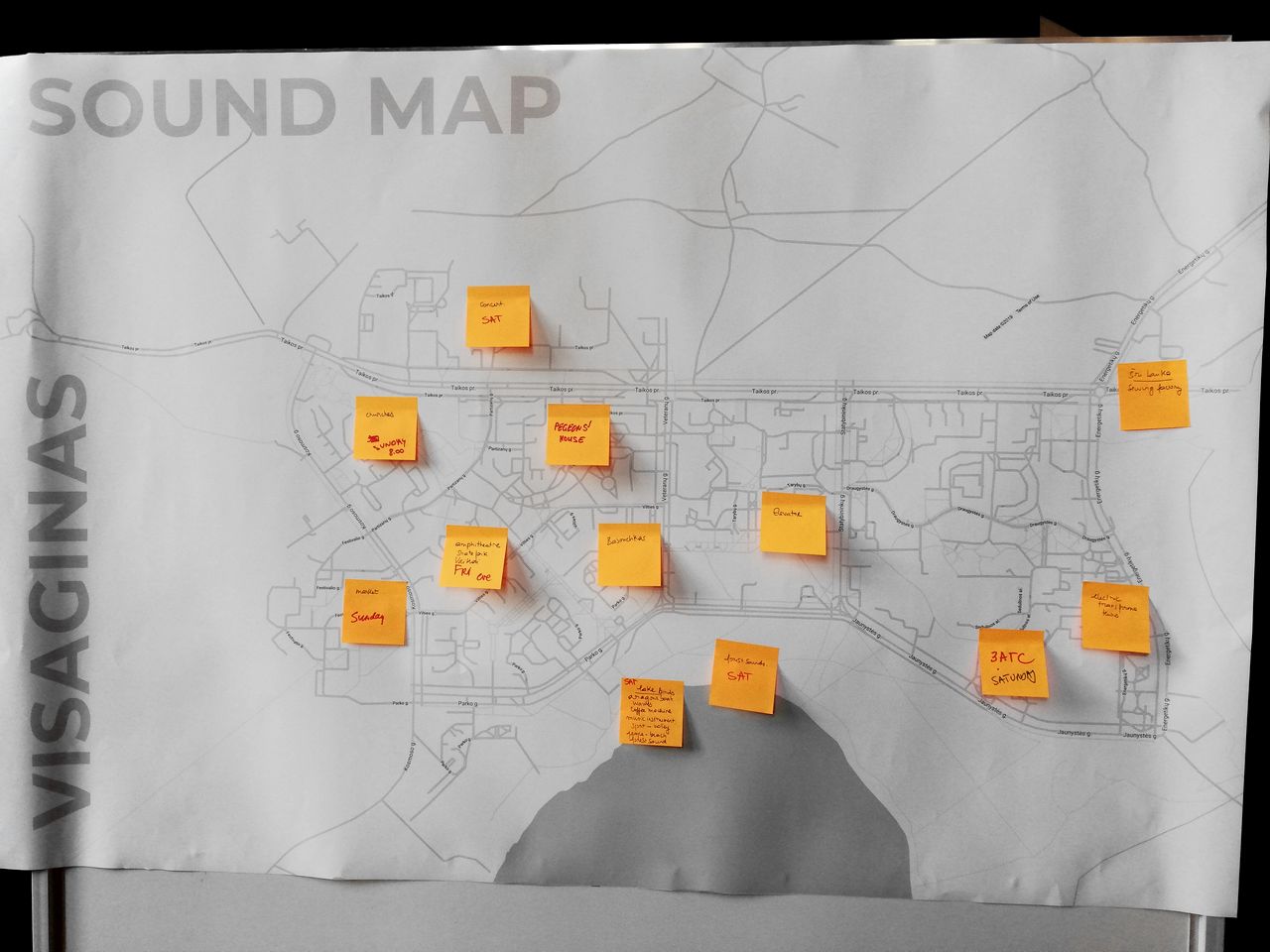