Далее / NextAll Over the Wax
Some other placesUpdates

As heard at the Prix Marulić

The sounds from a Radio Island

The Prix Marulić radio drama and documentary festival is held each summer on the Adriatic island of Hvar in the seaside town of the same name. It brings together radio journalists and playwrights from all across the world, and with radio giants such as BBC, ABC, YLE, NRK, Deutschlandfunk, China’s CNR, Radio Russia and many others Hvar becomes a very special radio island. 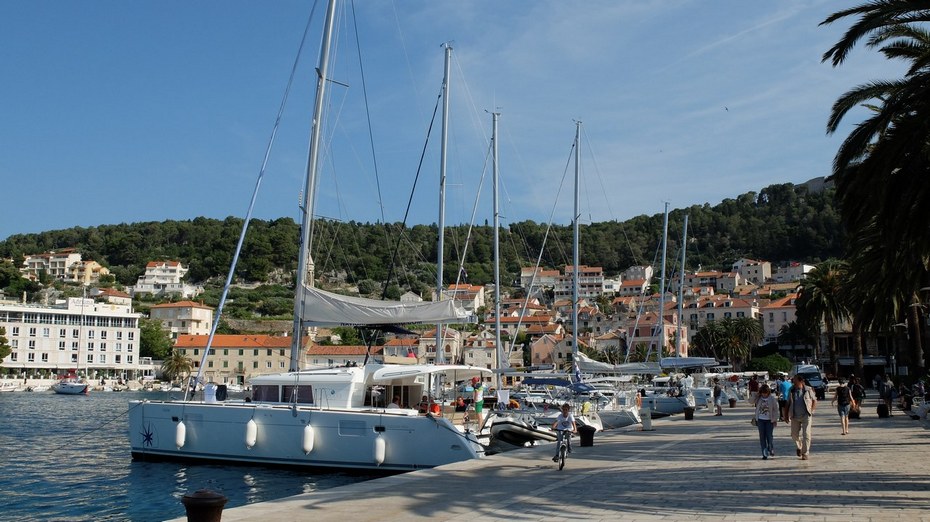 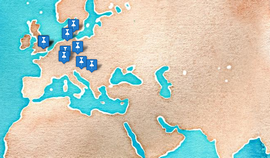 Hej, radio people! Click this map to hear some of the Prix Marulić 2016 programmes

I’m really happy that my feature All Over the Wax has won the second prize at Prix Marulić. This piece is about the sounds that the Odyssey’s boaters could have heard while passing the Sirens island. The carrier sound for the feature comes from an old creaky tree that grows near the railway crossing here in Sergiyev Posad, and little did I knew recording it a few years ago how far it could take me .


This festival turns twenty this summer, and since its first days it was (and still is) a brainchild of the Croatian Radio drama department at HRT, Croatia’s major broadcaster. 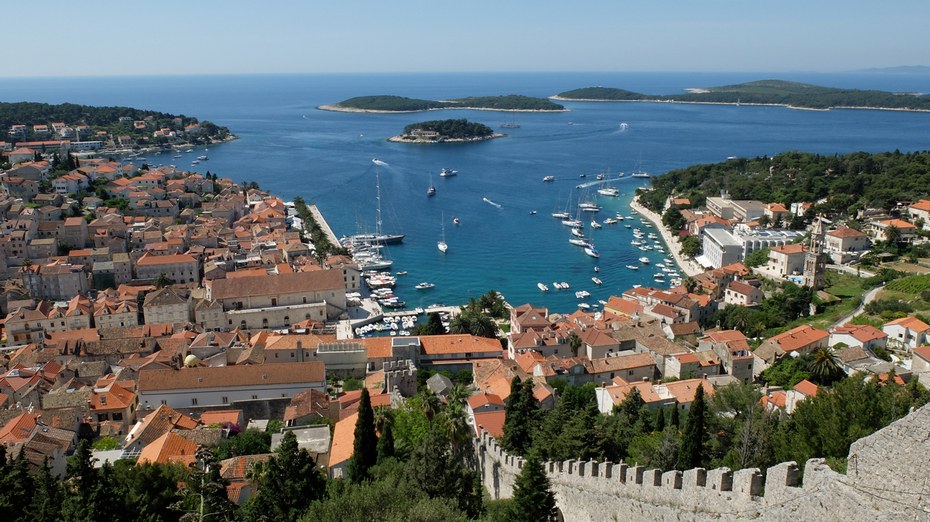 It was a privilege to be there and showcase the feature but it was equally important to spend all those days listening to radio in all languages, from Chinese to Polish, from Czech to German, from Lithuanian to Persian, and so on. Many of the world’s leading radio broadcasters – most notably public service broadcasters – have sent their programmes in, but freelancers were also allowed to do that. 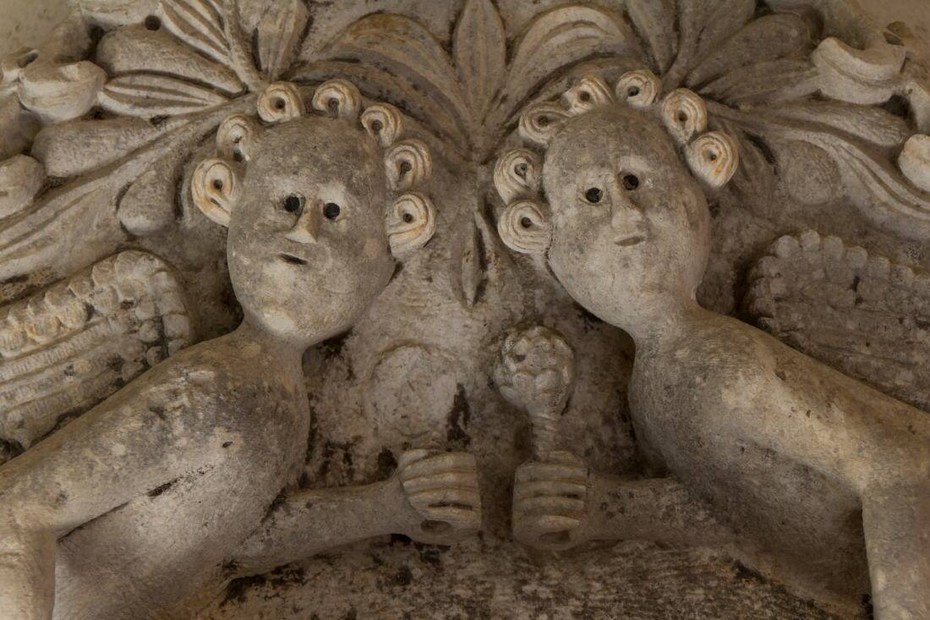 One of the special things about Prix Marulić is the whole idea of listening outside – not in the halls, rooms or elsewhere, but in the ancient gardens, fortresses, church yards.

Poet Hanibal Lucic’s XVI century garden, ruins of St. Mark’s Church, Franciscan Monastery, an old fortress looming over the city. These are the few of the festival locations, and this time the organizers suggested a new one, an Observatory up in the mountains, which unfortunately didn’t work out because of the day of bad weather.

Speaking of rain, many of us had a rare chance to encounter it on the day of arrival. Tourist guides claim Hvar to be the most sunny island in Croatia, hence the rain was something of a welcome sign for us. This is the mountain thunder.

We’ve all have sent our transcripts to the festival headquarters, 50 copies per programme, which could turn into a really massive stack of papers, especially for the long-form drama makers.

Besides the programmes, here’s one of my personal festival’s greatest cultural discoveries – stapling the papers’ left corner isn’t the only way. Iranian IRIB’s Khosro Rasouli has a different transcript, with staples at the right corner. Of course, I knew that people write from right to left in Iran, but it never was that tactile before. 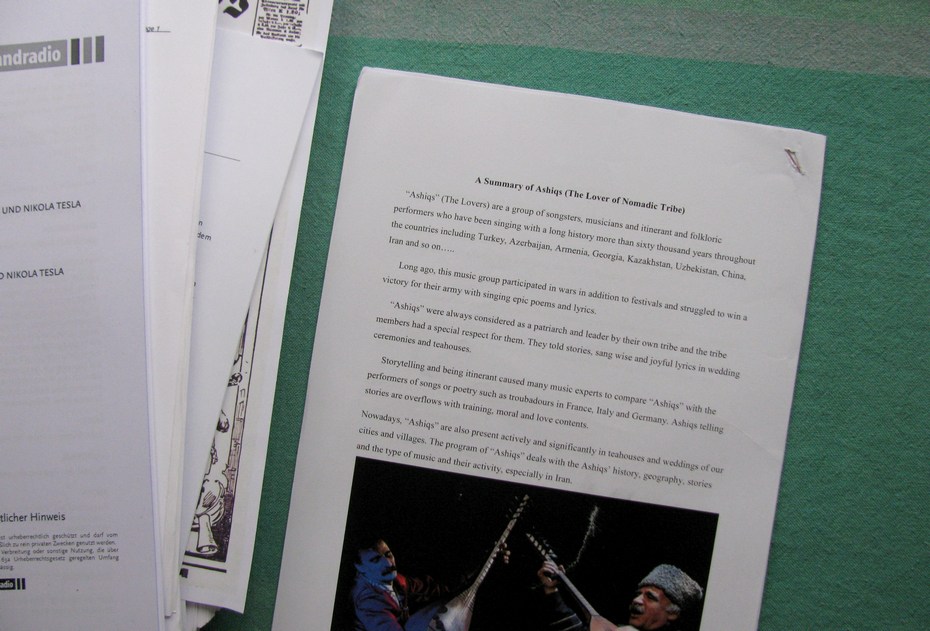 Khosro’s story of traveling musicians known as ashiqs was a pleasure to listen to, and I’d really like to have a second listen if only I could find it online.

Here you will find a few links to other programmes of this years’ festival. For copyright reasons, many of them aren’t available for download, and others are put online for a limited number of days and now gone. But all of those officially remaining online are definitely worth a listen. Even if you don’t speak their language, enjoy it as you enjoy music!

I also would like to share the ambiance sounds that form the Hvar’s acoustic environment. They say the place is getting more and more luxurious each year, but let’s believe that some spots sound just the same as thousands years ago. Except for the boat hum! 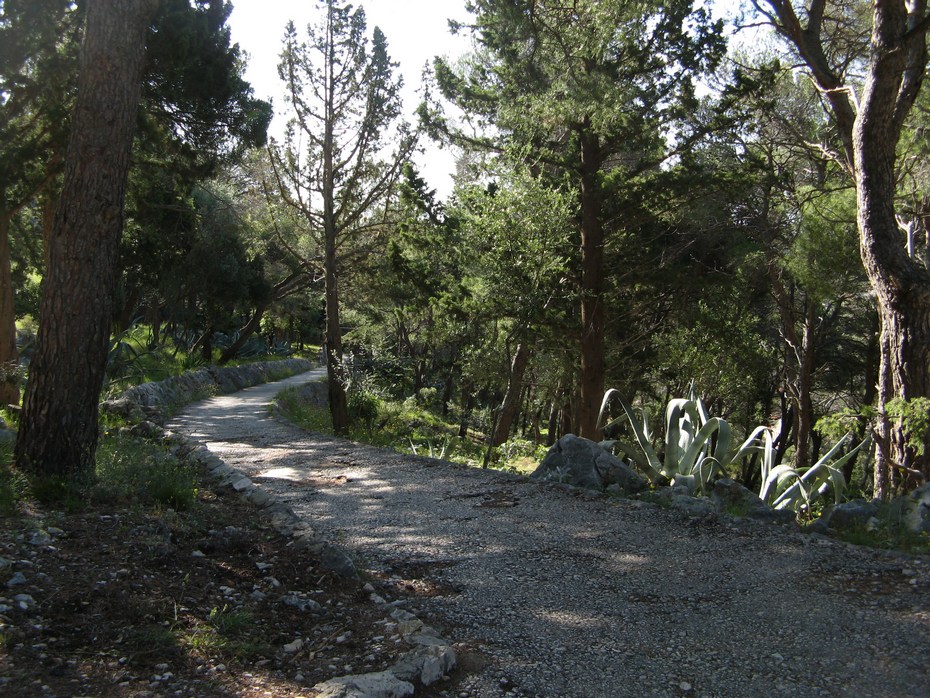 Another special thing about it is the general vibe. Prix Marulić pace seems to be more relaxed and easy-going comparing to other radio festivals (the wise men say so!). Many of the world’s radio greats go there, and had not knowing them in person, you’d never tell that this gentlemen on a bike is Chris Brookes of Battery Radio. 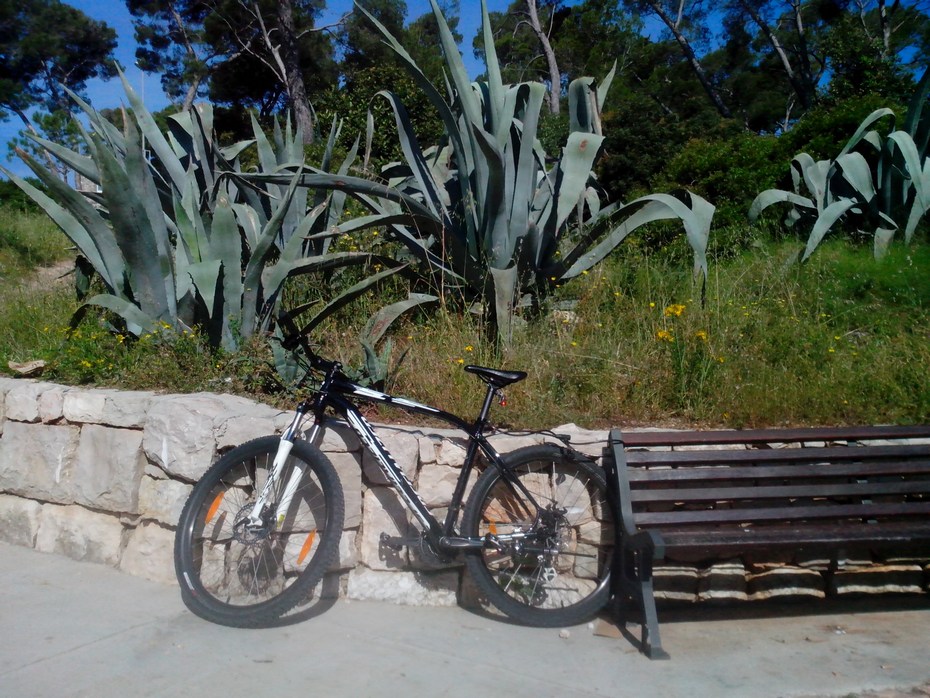 Chris’s piece is beautiful and innovative – it fits four fictional stories into one real park in St. John’s, Newfoundland in Canada. The point is that there’s is the free mobile app that triggers each story as listeners walk through the park with their headphones on, and each narrated story is connected to a particular spot or trail in the park that can be detected by the listener’s mobile GPS device. Good to know it was given the Special Achievement Award for use of new media.

The next day was sunny, and prior to the opening ceremony there was a chance to take a local bus and go somewhere else. This is the village of Velo Grablje, with only 15 (some say 5) inhabitants but boasting a football team of 26. As the nearby konoba – or tavern – waiter explained, the team is made up largely of those with the link to the village, former dwellers or their children.

Most of the time Velo Grablje is solitary and silent. It is clean and largely well-kept, but the absence of people makes it look the ghost town. The school closed in 1970 with only two last pupils attending. This is the Poljoprivredna zadruga — the agricultural co-op office. 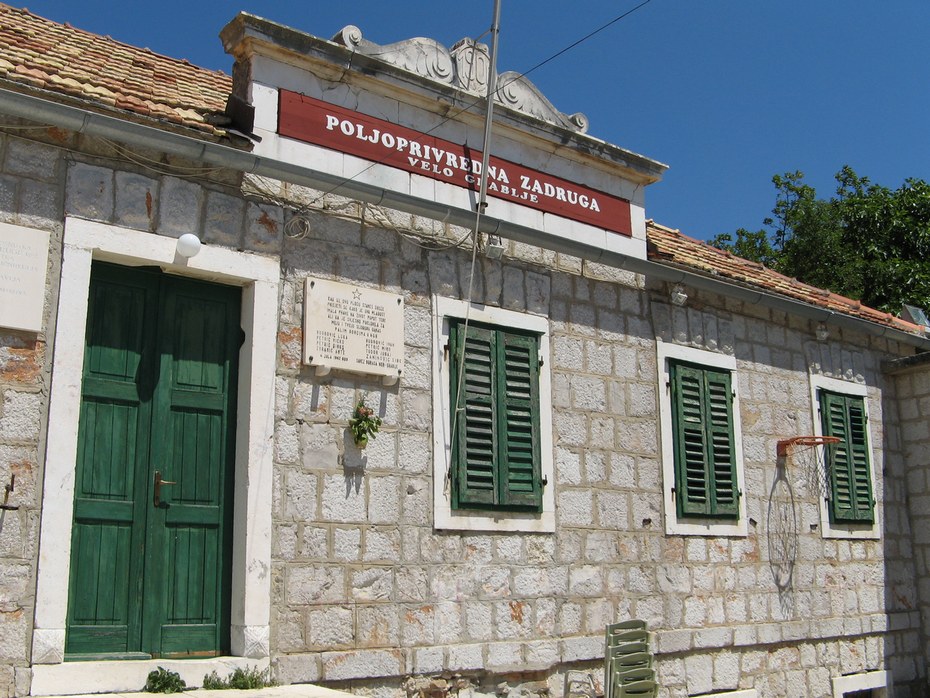 The only sound that is louder than the wind in the olive trees seems to be the local gentleman named Ivica Tomičić Tajnikov singing and playing the accordion. If you’re a tourist here, he will tell you the tales of the local lavender and wine industry rise and fall, and even open the church.


It takes a few hours of slow walking from Velo Grablje back to Hvar. There is rosemary and aniseed growing along the hilly path. Back in Hvar you are definitely to hear the town’s signature sound. 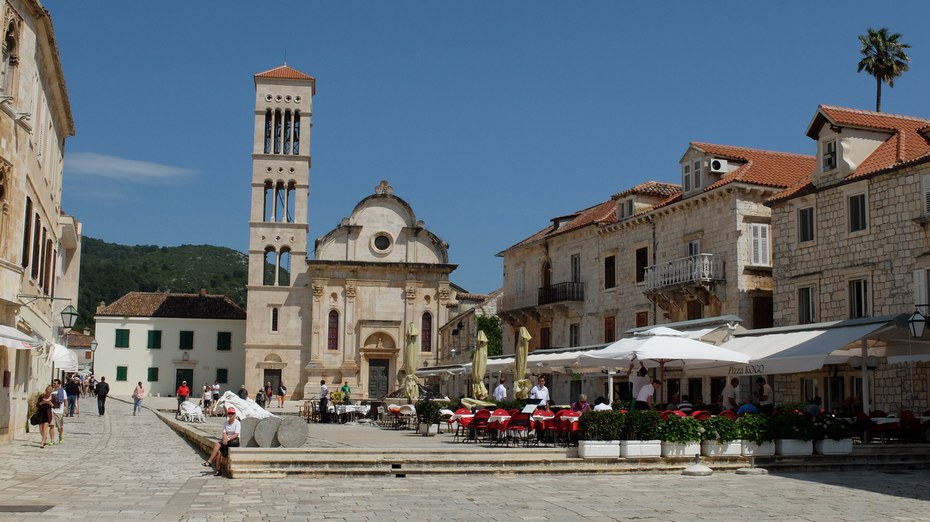 This is the St. Stephen Cathedral in Hvar or, in Croatian, Katedrala Svetog Stjepana. The first bell wakes up the locals at 6.30 in the morning, and it’s really loud. If you happen to be there, you’ll hear a rooster living in the priest’s garden, next to the church. 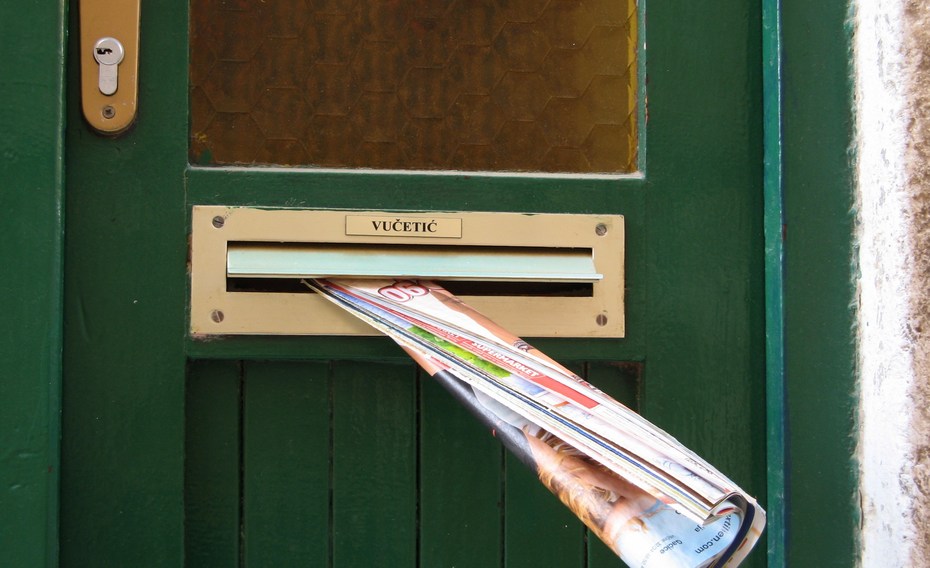 Mr Vucetic, you’ve got the mail.

I’ve recorded seagulls on Hvar’s piazza an hour before the first bells. The are really talented impersonators — listen how they sound like a sheep, cat, human, and finally a bird. 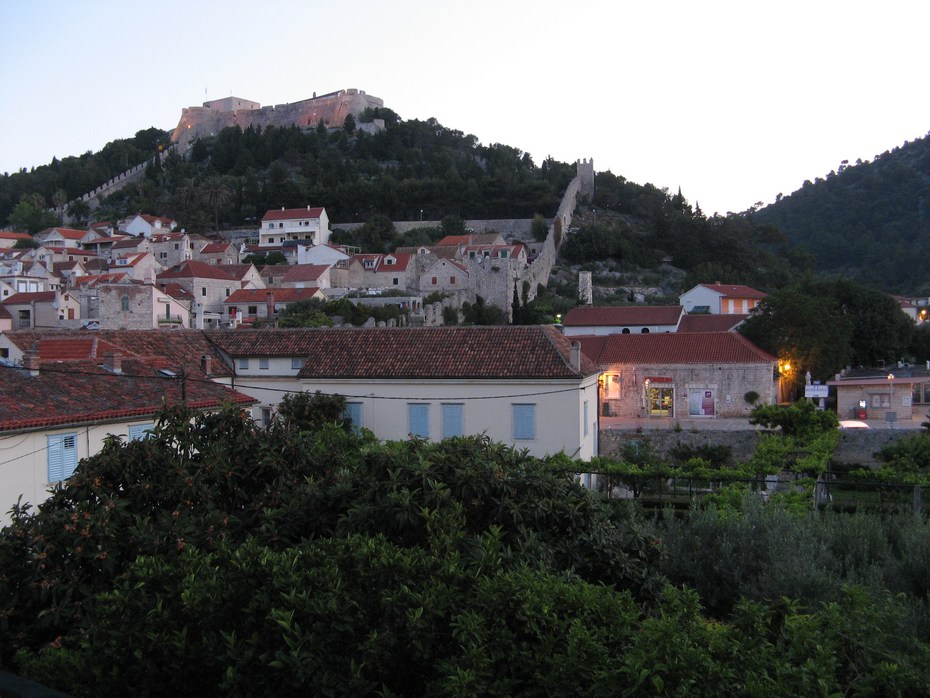 One of our listening locations was the 15th century Franciscan monastery in Hvar, with Church of Our Lady of Mercy that served as the sailors retreat once. Now there’s also a museum, a library, and a garden with magnificent cypress and lemon trees.

I’m not sure whether it was a coincidence, or was it done on purpose, but the programmes we’ve had there were a sort of religiously tinged.

Here’s the Czech Rozhlas’ piece – one from the series of thirteen about Václav Brouczek, a fictional engineer who travels in time to priest Jan Hus, the Czech’s national hero. The piece was created by Petr Šourek, Václav Brouczek’s voice belongs to Jiří Lábus, a popular Czech actor and voice over artist.

Inside the cloister, there’s a square-shaped hall that turns into a concert hall sometimes, as on that night when the Hvar’s local brass band was playing there. There are only about four thousand people living in Hvar town, and on that night there came the klapa – a Dalmatian capella – from the village of Svirče which is eight times smaller.


As you leave the monastery, you can hear the clear and cold waters of the Adriatic Sea. Then, at the main square an even more amateur klapa starts to sing. They are local, they have a guitar that mixes with nightlife basslines – another signature sound of Hvar. 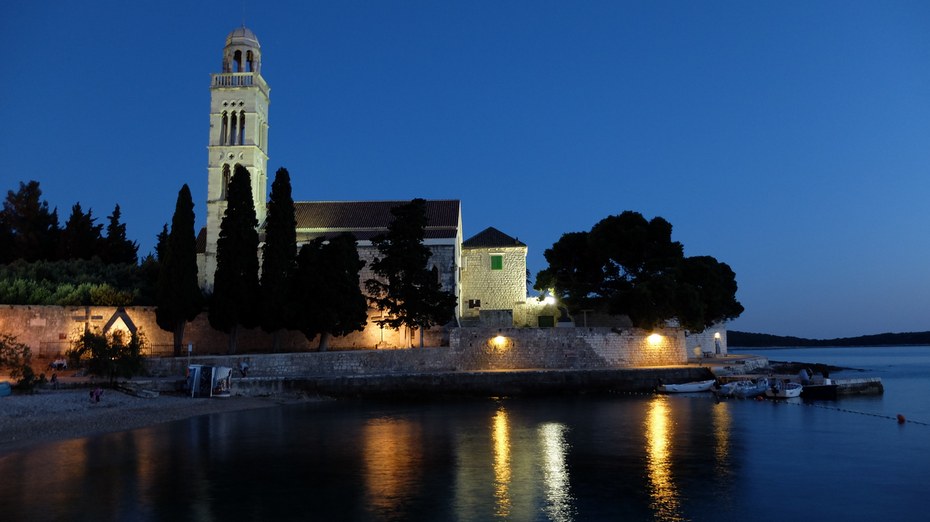 This is the last sound of the last day of the 20th Prix Marulić.